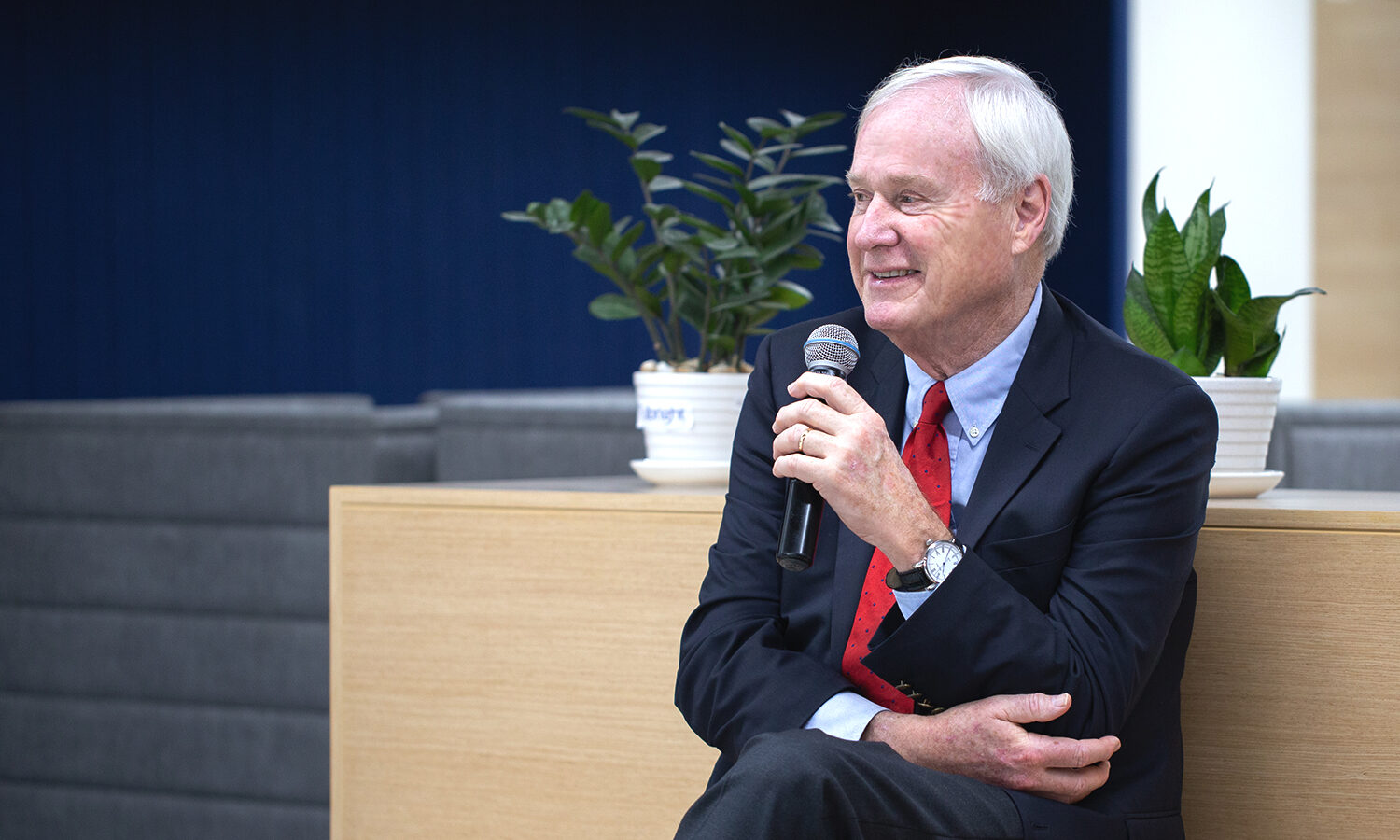 Chris Matthews, award-winning journalist, author, and television anchor has been appointed Honorary Visiting Professor of Fulbright University Vietnam. Along with other famous American writers, he will be teaching a course on communications and writing virtually this winter term. Mr. Matthews will join Fulbright in person when it is again safe to travel internationally.

“We are so thrilled that Chris Matthews, a veteran news anchor, will join Fulbright as an honorary visiting professor. It will be a great opportunity for the Fulbright community to learn from the internationally leading experts in the field, which I believe will help us to broaden our horizon and further our essential skills to stay adaptive in an evolving integrated and changing world,” said Dam Bich Thuy, Fulbright Founding President.

“I am very excited and honored to be a part of the Fulbright University Vietnam family,” said Matthews. The prominent journalist added that he will invite the top names in American journalism and communications to join him in the classroom.

“I hope to introduce the Fulbright community to the best television hosts, columnists, speechwriters and social media experts our country has,” affirmed Matthews.

Joining Matthews in his lectures on communications will include MSNBC anchors Joe Scarborough and Mika Brzezinski, Katie Cunningham from the communications social media staff of US Senator Ed Markey. He also invites journalist Bob Woodward, historian Jon Meacham, and opinion writer for the Wall Street Journal Peggy Norman to deliver lectures on writing.

Christopher Matthews has spent most of his decades-long career in politics and journalism. Born in Philadelphia, he attended LaSalle College High School, obtained his Bachelor of Arts degree at the College of the Holy Cross in Worcester, Massachusetts. He did graduate work in economics at the University of North Carolina at Chapel Hill.

From 1968 through 1970, Matthews served as a Trade Development Advisor with the Ministry of Commerce, Industry and Mines in the Kingdom of Swaziland. He did so as a volunteer with the US Peace Corps.

Returning home, he began a fifteen-year career in government and politics from 1971- 1986 that included serving as a presidential speechwriter to President Jimmy  Carter and later worked for six years as Chief of Staff to longtime Speaker of the House of Representatives Tip O’Neill and served on the staff of Senators Frank Moss and Edmund Muskie.

Beginning in 1987, Matthews entered full-time journalism as a columnist with the San Francisco Chronicle. In 1996, he began a TV career, appearing each weekday night for 26 years. Most recently, he anchored “Hard Ball with Chris Matthews” on MSNBC from 1999- 2020. Matthews is the author of eight books. He has been awarded 34 honorary doctoral degrees from institutions of higher learning.