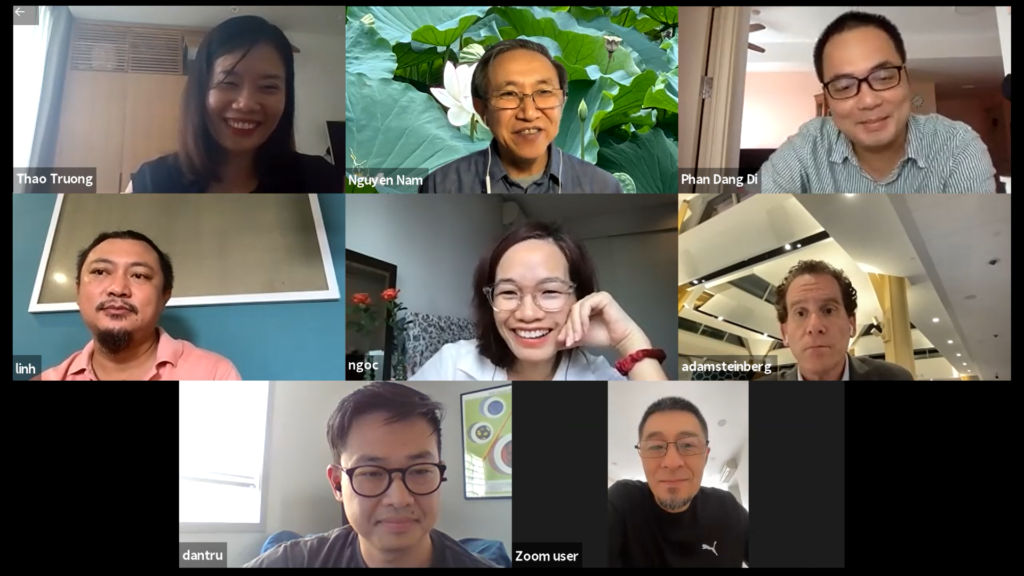 The gap in the Vietnamese film market

Although COVID-19 caused detrimental impact on movie theaters, the industry still had some good news in the last two years. To name a few, in 2020, “Tiec trang mau (Blood Moon Party)”, directed by Nguyen Quang Dung and produced by Phan Gia Nhat Linh, was a box office sensation which brought in 175 billion VND ($7.5 million) in ticket sales, making it the highest-grossing movie of the year and one of the highest of all time. “Rom”, an independent film directed by Tran Thanh Huy became the first Vietnamese film to receive the prestigious New Currents Award at the 24th Busan International Film Festival. Such commercial success and global critical acclaim are proof that the industry has come a long way.

Producer Tran Bich Ngoc remarked, this is an exciting time for moviemakers. The rising popularity of streaming services means that movies now have an extended life, being accessible to a broader audience long after they are screened in theaters. However, with a 20-25% annual increase, demand is accelerating faster than can be met. “I think the market itself doesn’t have enough internal strength yet to satisfy the growth of the market,” she said. “We don’t have enough technical production crews to satisfy the growing number of films we produce a year.”

Even though there have been some hugely lucrative movies, this is still considered a risky business. Especially when it comes to arthouse and genre films, investors are generally more reluctant. It is also increasingly costly to produce a film.

“The movie is going to be a lot smaller now compared to if it had been made for the same budget two years ago. We have to downsize the crew, rush the production, and the location is getting much more expensive than before. So all of this added a lot of pressure on producer,” director Charlie Nguyen proclaimed.

In 2013, the Prime Minister issued a strategy to develop Vietnamese film industry and satisfy the people’s demand for a more robust cultural life. The goal until 2020 was to gear the industry towards industrialization, modernization, and integration, while staying imbued with national identity. By the end of the decade, the country has witnessed a tremendous growth in film productions, both in terms of quality and quantity. Unfortunately, industry insiders agree that there is still a lack in world-class talent.

According to Phan Gia Nhat Linh, producers often have a hard time securing high quality personnel for their productions. He recalled: “We were looking for a production designer for one of my feature films but the person I wanted was already fully booked with other productions. We don’t have many good choices to work with, and it’s also very hard to find new faces.”

In Vietnam, there are only a few universities where students are formally trained in theater and cinematography. But the reality is that not all graduates end up working in the industry, and without enough field practice and long-term professional support, aspiring film makers will always be far from reaching their full potential.

“I think it all comes back to how to nurture the talent and education and training so then the screenwriters, editors, and production crews know how to work in a professional environment,” commented producer Tran Bich Ngoc.

Mr. Phan Gia Nhat Linh is also an avid advocate of education. “We opened a cinematic space called ‘Xinê House’ for young talents and we have an education center where we try to invite experienced and established filmmakers to come to share their experience with the new generation,” Mr. Nhat Linh said. “I think the good news is schools like Fulbright and Hoa Sen are now introducing filmmaking curriculums. That is what we are lacking right now.”

Going forward, the movie industry is expected to see shifting dynamics. Instead of being a passive audience, moviegoers will be able to actively invest in what they want to see by means of ticket presale. Such feedback and financial support from fans – “fan-vestment” – is predicted to be one of the driving forces of modern cinema.

In order to satisfy their niche audience, streaming services will acquire more local content, creating opportunities for independent films with original, authentic stories. Hence a dialogue between Vietnamese filmmakers and international film distributors like Dan Truong is essential for each party to understand and deliver to their respective target stakeholders. “I’ve had a lot of production, acquisitions, and financing strategy experience in the US and now in the streaming platforms. Yet it has been said that things work differently in Vietnam, and I’m not surprised to hear that. So, it was super helpful to get these perspectives,” Dan revealed.

As an academic institution, Fulbright can act as a catalyst for such meaningful conversations. Moreover, this network can help students who are navigating through career development recognizing trends and demands of the labor market to better prepare for it. In a recent talk with Fulbright students, Dan also gave advice to those interested in a career in film, both on the creative side and the business side.

“I think it’s very valuable if we can create this kind of communion, this kind of creative support so that we can elevate talent to the next level. I want to create a platform where filmmakers can come together to help one another and for the new filmmakers to have this embracing creative community around them,” Charlie Nguyen emphasized.