An Intimate conversation with Sheryl Sandberg 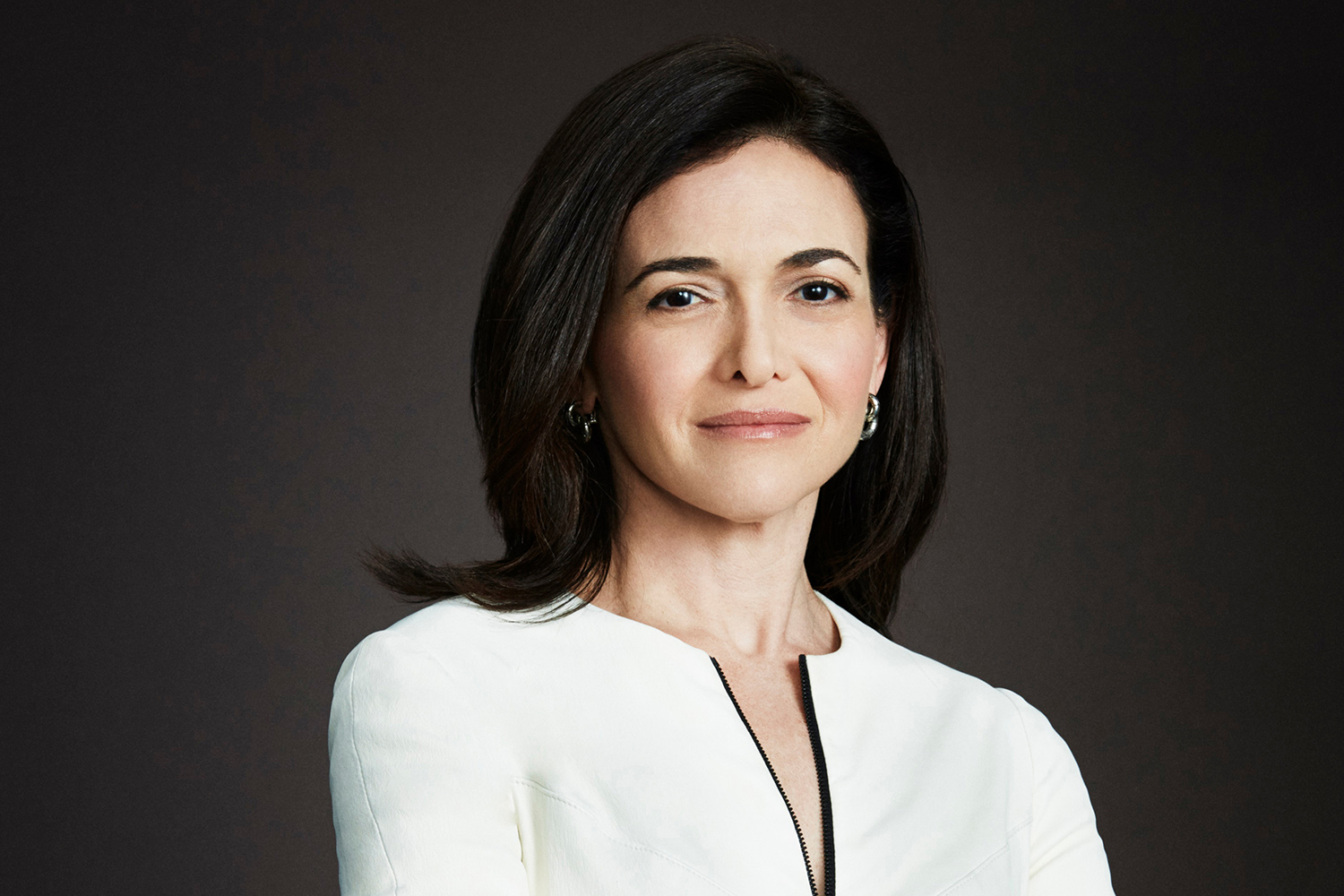 As one of the few female C-Suite leaders in the United States, Sheryl Sandberg has a surprisingly down-to-earth persona. On March 5, she dedicated her time for a conversation with Fulbright community about her take on the importance of education and preparing for a future of uncertainty post-pandemic.

Known as a leading executive, Sheryl shared that she is a big fan of liberal arts education for a number of reasons, one being its nature of interconnected and multidimensional training across trades. Moderating this insightful discussion was Mr. Cuong Do, Senior Advisor and former President of the Global Strategy Division for Samsung Group, member of Fulbright’s Governing Board.

The importance of well-rounded education

Resonating with Fulbright’s vision of reinventing higher education for Vietnam, Facebook’s COO exclaimed: “I’m just a big fan of liberal arts education, because I think it teaches you to think, and it teaches you to think hard. It teaches you to structure ideas and make arguments.” Rather than continuing the traditional vocational education that has helped Vietnam to pick up the economy post war’s devastation, higher education must be reimagined with transformative core values, aiming to nurture foundational skills, critical thinking, and lifelong learning ability for creative breakthroughs, which are essential for the 21st century. That is the core pillar of liberal arts education and is also the profound mission that Fulbright University Vietnam carries.

Mr. Cuong Do reminisced when he was Sheryl’s senior, after she first joined McKinsey & Company, he was impressed with her ability to lead and work with people. Sharing her approach to leadership, Sheryl strongly advocates for the educational environment that Fulbright fosters, where the questions are more important than the answers, where all ideas are valued, and every student is to freely explore and progress to the best version of themselves. She added, “not only did liberal arts education teach me to critically think, but it also taught me the importance of hard work, discipline, being open to new ideas, and knowing that you are always learning.”

Recalling the trajectory of Facebook, Sandberg stressed that the learning and growing piece is one of the key components in a well performing team, that “we have to learn to think and think again.” Echoing her close friend Adam Grant in his new book Think Again she mentioned, “intelligence is generally thought of as the ability to think and learn, but in a rapidly changing world there are other cognitive skills that may be more important: the ability to rethink and unlearn.”

Curious about how Sheryl has grown through her career path, Ninh Quynh Anh (Class of 2023) asked Sheryl to share what she would regard as the most important skills in her development. Upon reflection, Sheryl identified the hard skill to be communications – how to get ideas across clearly, how to write effectively yet simply – and the soft skill to be empathy – how to share compassion with others. 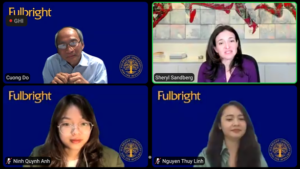 As the moderator applauded her for being “a beacon of light supporting women in the workplace and at home,” Sheryl addressed the obstacles that women still face in the 21st century. Although there are many differences across cultures, there is one thing that exists everywhere in the world, some places prominently, some more subtly: the glass ceiling. “We are culturally biased against female leadership… The word ‘bossy’ and its equivalent are used in every country in the world,” Sandberg asserted. She explained that girls are often called out as ‘bossy’ and ‘aggressive’ while boys are praised for their ‘leadership skills, and that happens everywhere.

This cultural stereotype against female leadership still exists because women do the majority of caregiving. Sheryl’s foundation, Lean In, published a survey in October 2020 reporting that 25% of women were considering downsizing their careers or leaving the workforce due to burnout. The pandemic threatens to undo decades of progress that professional women have made.

Answering Nguyen Thuy Linh’s (FSPPM student) question about how to conquer gender-based obstacles and break the glass ceiling, especially in traditional Asian societies like Vietnam, Sandberg advised students to be explicit about being ambitious and to earn their seat at the table.

A message to aspiring young minds

From Google to Facebook, Sandberg is known to have a keen eye for spotting “rocket ships”. When asked by Jack Nguyen Lam (Class of 2023) for tips on how to recognize “rocket ships”, Sheryl shared that a “rocket ship” can mean two things: one is the personal value – you must truly believe in the company’s mission and its impact, and second is the potential to grow. “For me, I’ve always wanted to work on things that would actually impact a lot of people,” Sheryl confessed.

As the pandemic came sweeping in, the whole scene of working is changing more rapidly than ever before. Jobs and skills that are in demand now may be obsolete within the next few years, and many future jobs do not yet exist. Vu Hai Truong (a graduate student in Fulbright School of Public Policy and Management) asked Sheryl what skills she would pinpoint as crucial for students to focus on building in preparation for this dynamic environment. The COO answered: “Don’t try to plot your career out. Because if I tried to plot my career when I was your age, I could never be here, because there was no internet and Mark Zuckerberg was in elementary school. So, don’t plot it out. Instead, work on critical thinking skills, writing, communication, math, etc. Those are the things that really help us.”

Sandberg encouraged Fulbright students to find their own “rocket ships” in the green space, contending that it is impossible to find a “rocket ship” by following somebody else who has already done it. Mr. Cuong Do added: “If you want to grow, you have to make things happen, you have to create it. If those things didn’t exist, just apply the critical thinking skill I mentioned at the beginning and make it the ‘rocket ship’ you aspire it to be.” Both quoted their favorite poet Robert Frost, encouraging young minds to take ‘the road less traveled ’. Sheryl credited liberal arts education for cultivating entrepreneurial spirits, in which students are empowered with the requisite interdisciplinary skills for success in the fast-paced, unorthodox work environment.

Mr. Cuong Do concluded the chat with a heartfelt remark: “There’s nothing so great in the world that cannot be solved by people with great will. At a university like Fulbright, we are not training followers. We are not training people to go and pursue the path that has been created by someone else, we are training the future leaders to go and solve big problems in the world. So, go and do the hard things, because they need to be done. Don’t do the easy things.”