With its unique mission to reimagine undergraduate admissions, Fulbright University Vietnam is opening opportunities for students who have long been underrepresented.

Fulbright University Vietnam’s undergraduate program has broken the mold of higher education in many ways—including its approach to admissions.

When the incoming Freshman class starts classes in October, the undergraduate student body will total 550. Most of them will have personally gotten to know Le Thi Quynh Tram and her team, who not only manage the university’s admissions cycles but actively recruit promising students from all corners of Vietnam.

Tram, Director of Admissions and Financial Aid, was instrumental in designing an admissions process that considers the unique challenges and circumstances of Vietnamese high schoolers and their families.

“For every admissions cycle, we try to understand the difficulty of the Vietnamese students and parents when doing U.S.-like applications,” Tram said. “We did a lot of focus groups and surveys to improve the application and make it accessible for all of the students.” 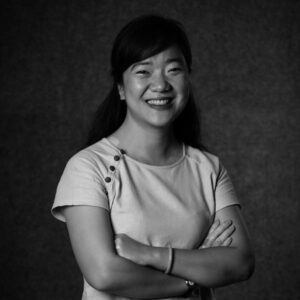 Tram’s team quickly discovered that an Americanized financial aid process wouldn’t work because certain requirements have become standard that present barriers for many Vietnamese families. Not every family can produce tax forms to record income, for example.

In the spirit of “holistic admissions,” Tram also saw an opportunity to rethink student eligibility— particularly in the way Vietnamese schools tend to prioritize test scores when making admissions decisions.

“At Fulbright, we don’t see students as a score,” she said. “We see them as a unique person, as an individual. Not just their academic background but who they are and what they’re interested in. We also consider the socioeconomic background.”

The economic and language barriers many talented students face prevent them from seeking higher education abroad. With the Financial Aid program and the English language support, Fulbright becomes a chance for these students to get a world-class education in Vietnam.

Fulbright’s unique, “accessible” approach is reflected in the diversity of Fulbright’s student body. Tram’s team has received applications from 62 of 63 Vietnamese provinces, and 52 of them will be represented this coming academic year. 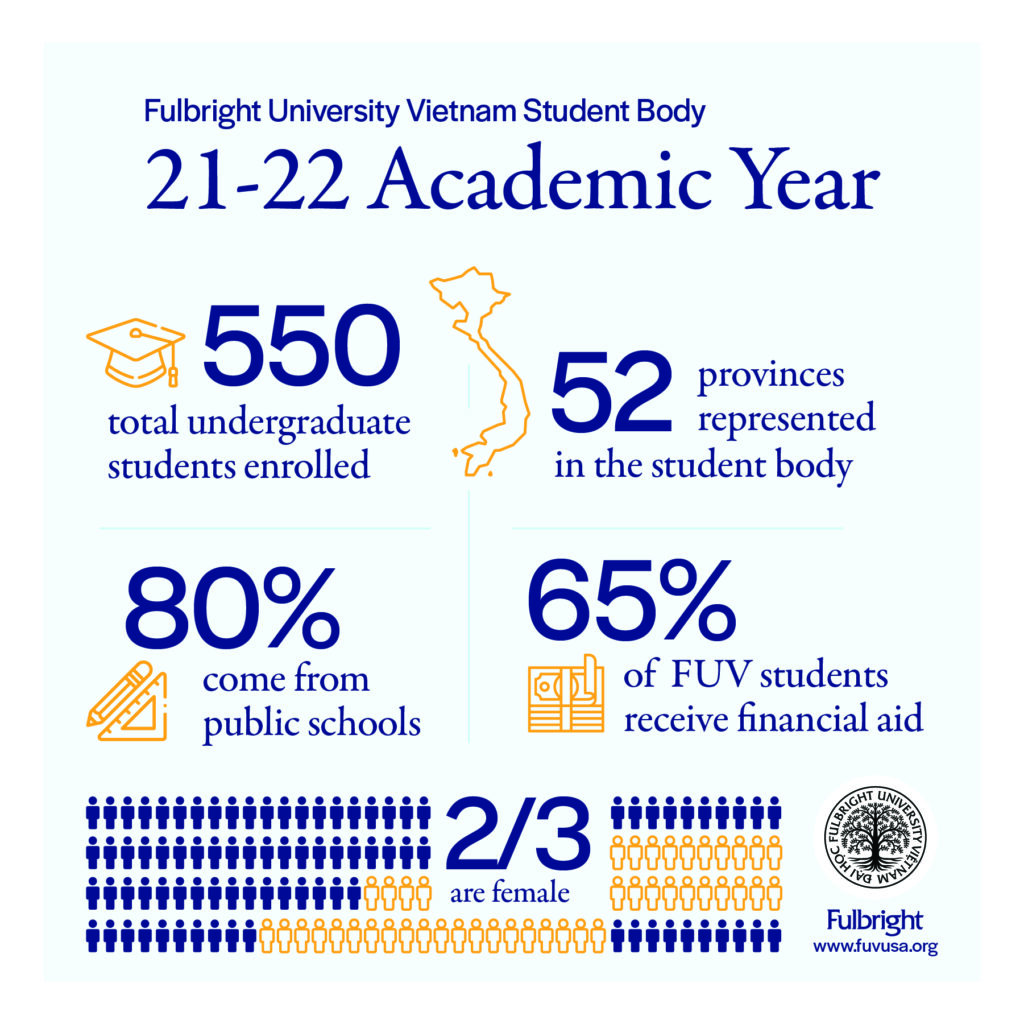 Tram is particularly proud that Fulbright is welcoming three female students from ethnic minority communities, recalling one of their stories: “She studied in an ethnic boarding school in Central Vietnam,” she said. “Her parents were rice farmers. Since the 1000 square meter (approximately 0.25 acre) paddy rice farm couldn’t raise enough income for a family of four, her mother had to join a labor export program to work in Malaysia since the student was 10 years old to support the family. Even in that situation, she not only did well in school and won the second prize in English at the provincial Olympic contest, but she also found and led a project to help other ethnic minority children in her community.”

On another visit, right in Ho Chi Minh City, Tram was taken aback by the family’s living conditions. “When we conducted a financial aid interview with an applicant’s mother, we were shocked that the widow and two girls lived in one seven-square-meter room,” she said. “All of their clothes were hanging along the wall. They had no closet and no furniture except one small table and a chair. After the applicant’s father had died, they sold all their valuable assets to pay for the debt and moved to Ho Chi Minh City so that the applicant could attend one of the most prestigious high schools for the gifted in the country where she got her second prize in Chemistry at the municipal Olympic contest. A family of three lived in a rented room with a total income of around $250/month from the mother’s janitor job in a hospital.”

Happily, both students were admitted to Fulbright on a full scholarship that will cover both dorm fees and tuition fees during their four years at Fulbright.

Although she is an accomplished leader with multiple degrees, including a Master’s in Public Administration from the Harvard Kennedy School, Tram herself is no stranger to adversity. Growing up in central Vietnam, she experienced the widespread gender discrimination that persists across the country today.

In Vietnam, women’s income is only 20-40 percent of men’s, lagging far behind the global trend where women’s income is between 50-90%. Of Southeast Asia’s five largest economies, Vietnam also has the lowest numbers of women represented in top management positions.

But opportunities for women abound at Fulbright University Vietnam, where the current student body is two-thirds female. At Fulbright, they can not only broaden their horizons and potential with a liberal arts education but interact with other influential females like Sheryl Sandberg and Fulbright’s trailblazing president, Dam Bich Thuy.

Looking forward: growth and challenges ahead

After joining Fulbright’s new undergraduate program as admissions director in its second year, Tram and her team have helped the university both drive and navigate exponential growth. While the growth trajectory is challenging, particularly as Fulbright prepares to move to its new permanent campus in District 9, Tram’s team isn’t slowing down. She’s already brainstorming ways to help even more Vietnamese students “dream bigger,” with hopes to develop new college-readiness programs for high school students from remote or poorer parts of the country. 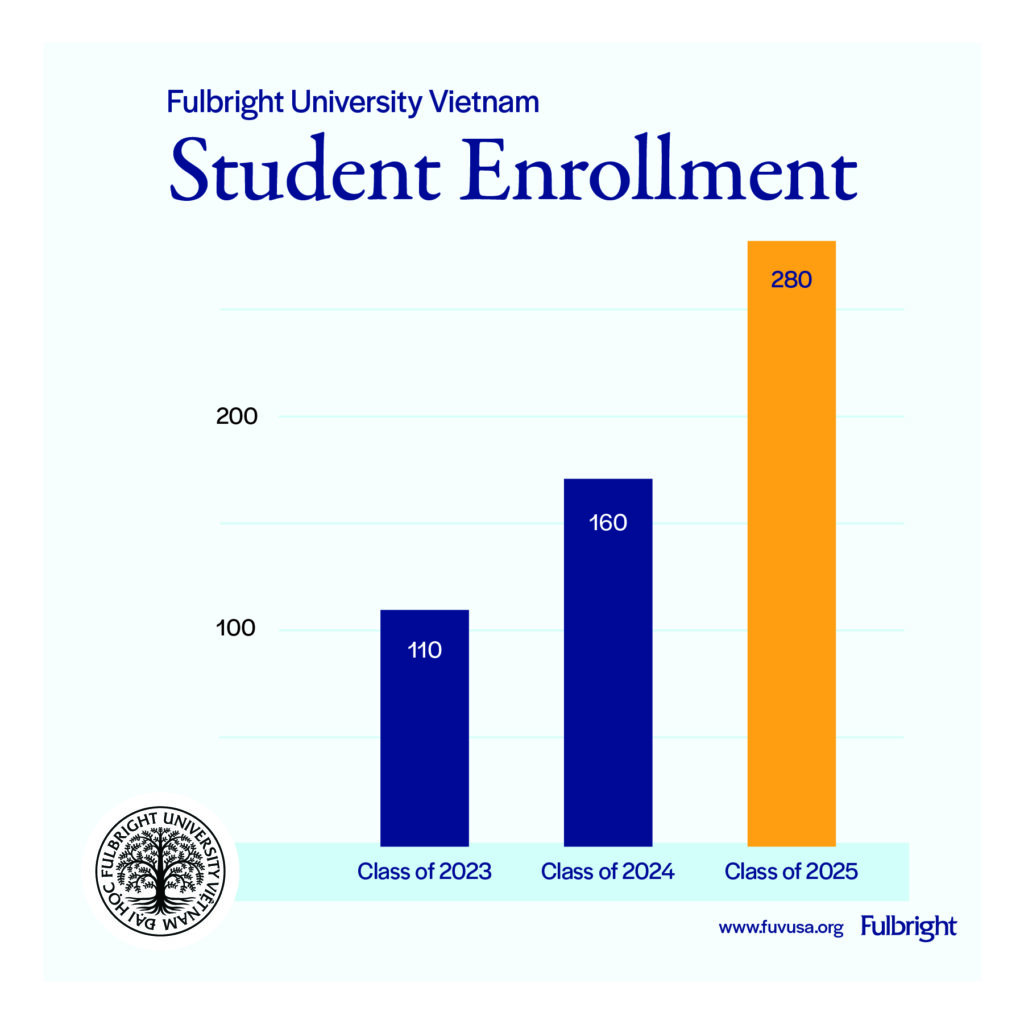 With the student body growth comes a need for more financial support. Currently, around 65% of students receive financial aid, and nearly 30% of the student body are receiving 80% or more in aid for their education at Fulbright, thanks in no small part to donors.

Tram has seen the life-altering impact of such donations firsthand. A surprise gift of $1M last December, for example, allowed her department to earmark another $200K in financial aid and scholarship money for incoming students.

With a donation to Fulbright Forward, You can help open doors to more students across Vietnam.  Give Today >